If you’ve been paying attention to the news, you may be wondering what’s causing the sudden meteoric rise and fall of stocks such as GameStop, AMC, and Blackberry. We’re hearing about online stock information forums, “little guys” getting rich at the expense of Wall Street veterans, and a new crop of day traders with unique names like “Roaring Kitty.” What’s going on?

A culmination of technology and increased time online, given the pandemic, has led to rising interest in stock investing (“speculation” more precisely) among younger generations. Robinhood and other new trading apps have exploded in popularity in recent months as day traders occupy their time stuck at home. The GameStop phenomenon from a few weeks ago shifted to silver, to Bitcoin, to cannabis stocks and may continue into other areas. In many cases, the surge of trading is driven by inexperienced investors chasing what they hope to be a quick buck, but history tells us that typically does not pan out well for those doing the chasing.

Is this a bubble, and does the mania surrounding GameStop and other stocks predict a market-wide crash? Let’s look at a few examples of past bubbles to assess.

Perhaps the first financial bubble on record, the Dutch Tulip Crisis sticks with us as a memorable depiction of mass hysteria. During the early seventeenth century, tulips were newly imported to the Netherlands and quickly gained popularity for their exotic beauty. Some of the flower petals developed intricate lines and flame-like streaks, making them an increasingly sought-after rarity. (Later, researchers would find this striking variant was caused by a disease within the flower.) Because it was impossible to determine which color pattern would eventually bloom, tulip bulbs became the focus of intense speculation. This trade in the future promise of tulips became known to the Dutch as the tulpenwindhandel, literally, “tulip wind trade,” because transactions involved nothing more than air. 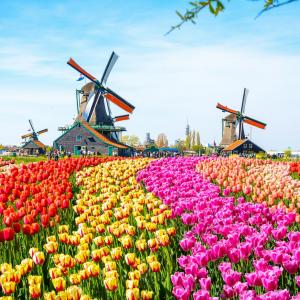 As word spread and amateur investors piled into the tulip trade, prices of the bulbs surged to astronomical highs. Many gambled their life savings on promissory notes that guaranteed the future delivery of bulbs still being cultivated. These notes would switch hands many times before the bulbs would bloom to reveal their true value. At the peak of the craze, bulbs could be sold for approximately 10,000 Dutch guilders, enough at the time to purchase a mansion along the Amsterdam Grand Canal. The tulips even became a currency themselves, with numerous records showing land properties sold in exchange for bulbs.

But in early 1637, the excitement began to wane. Investors could no longer justify the outrageous inflation and buyers could no longer pay the high prices for bulb contracts previously agreed upon. Chatters of government intervention swirled, and the tulip bubble market collapsed. So followed the trail of investors trying to sell their notes at plummeting prices. By 1638 the price of tulips fell to where it was in the beginning of tulipmania.

The recent GameStop frenzy and so-called revolt of underdog traders against Wall Street giants was far from the first of its kind. In 1916, a Southern businessman named Clarence Saunders forever changed the way people buy groceries by establishing the first self-serve grocery store in Memphis, Tennessee. At the time, customers were still providing their grocery list to the clerk who would fulfill the items as the customer waited at the counter. A store clerk himself, Saunders was motivated to change the current model he saw as costly and inefficient.

The idea caught on and by 1922, Piggly Wiggly had franchised more than 1,200 stores across the United States. By late January 1923, the share price of Piggly Wiggly had jumped by about 50% to $60, and on March 20 it briefly touched $124. But when a handful of independent franchisees went bankrupt, some Wall Street traders were convinced that Piggly Wiggly was headed for a fall. Wall Street traders attempted to “short-squeeze” Piggly Wiggly shares by borrowing and selling them in large numbers, planning to buy them back later at a lower price to make a profit. News of this left Saunders infuriated.

Determined to beat Wall Street professionals at their own game, Saunders attempted to corner the market – gaining enough control of the Piggly Wiggly stock to manipulate the market price. Saunders borrowed more than $10 million from lenders to purchase the outstanding shares of Piggly Wiggly and managed to gain control over a large proportion of the shares – the price of which had increased substantially. In March 1923, the New York Stock Exchange suspended trading in Piggly Wiggly shares, causing the price to plummet and ultimately leaving Saunders bankrupt.

In terms of sheer magnitude, few financial bubbles compare to the DotCom Bubble of the late 1990’s and early 2,000s. The mainstream rise of the internet ignited massive growth in internet startups, creating intense speculation into an emerging online economy. 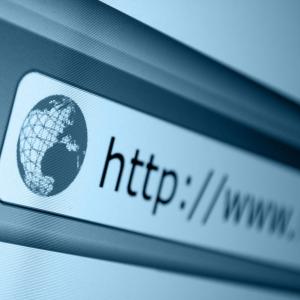 While some companies of the DotCom era thrived and remain in existence today – Amazon, Microsoft, Cisco, among others – many, if not most, failed to have a viable business model. The euphoria and curiosity surrounding the age of the internet resulted in extreme overvaluation of many companies relative to their intrinsic value (i.e., the present value of their future cash flows). Add to this the rising uncertainty surrounding Y2K and additional economic factors, the bubble ultimately burst in 2001. By 2002, investor losses were estimated at around $5 trillion.

The NASDAQ Composite Index, home to most of these technology/dot-com company stocks, soared from a level of under 500 at the beginning of 1990 to a peak of over 5,000 in March 2000. Shortly thereafter, the index crashed, plunging nearly 80% by October 2002 and triggering a U.S. recession.

GameStop, AMC, and “Micro-Bubbles” of Today

Beginning during the global pandemic, a small group of investors – many of them freshly-minted traders on apps such as Robinhood and online forums such as Reddit – have embraced a handful of companies and driven their stock prices to levels that became wildly unrealistic. This small group of traders set their sights on GameStop, a struggling video game retailer operating largely under the “old” economic model of brick-and-mortar stores in shopping malls.

Short-selling played a major role in the GameStop mania, as it did with the Piggly Wiggly story from over 100 years ago. A number of hedge funds had “sold short” GameStop stock given the poor outlook for the company – hoping to profit by a continued decline in the stock price. This meant that if the price instead rose, those hedge funds might have to quickly buy back their borrowed shares to avoid catastrophic losses – an event known as a “short squeeze.”

Some savvy day traders initiated buying of GameStop shares and then hyped the company online, leading to sharp price jumps and many brand-new traders jumping onboard to buy, buy, buy. This led to even further price increases, exacerbated by a limited number of shares (because GameStop is a small company) available to trade. In a matter of days, investors had driven GameStop from a market capitalization of less than $1 billion in the summer of 2020 to beyond $22 billion – a valuation totally disconnected from the merits of the company. Some of the new trading firms catering to these online traders were forced to increase capital requirements as their volume spiked, leading them to limit trading in the affected names — a controversial move.

Regulators are now exploring all aspects connected to GameStop, including possible manipulation of the stock price by a coordinated handful. Meanwhile, GameStop stock price has since returned to earth, leaving many naïve investors (i.e. “speculators”) with big losses.

Is Another Bubble Ahead?

It’s usually only with the benefit of hindsight that one knows a bubble existed. While we don’t believe the overall stock market is currently in a bubble, per se, we do think that a gambling mentality is arising in select traders and sectors, including the charge of cryptocurrencies such as bitcoin, with all the hallmarks of limited bubbles occurring. There is valid concern that level of speculation in markets could create more volatility and instability, so caution is prudent.

What Does This Mean for My Investment Plan?

Speculation is not investing. While perhaps exciting to pursue the elusive fast gain, if that were a proven and repeatable way to build wealth, it would be mainstream. Instead, flash-in-the-pan stories make headlines and then fade. A solid investment goal plan looks well into the future, and patiently positions high-quality investments and planning to meet those future goals. Investors should not allow speculative impulses to derail them from their personal investment plans. Painful lessons learned in previous stock market disappointments tend to be forgotten when prices seem to go nowhere but up, and “everyone” has a success story for making a quick buck. Remember the old adage – there is no free lunch – which is particularly true in the world of investing. If it sounds too good to be true, it probably is!

Looking to discuss your personal investment plan? An independent fiduciary advisor can help you look at your options in the context of your entire financial picture, recommend the strategies most appropriate for your current situation, and help you maximize opportunities ahead. Your serious money deserves a serious plan rooted in investment knowledge and experience. Contact our wealth management team to get started.