It’s been hard to turn down the noise so far in 2022. Even as the COVID waves ebb, other worries rush in – frozen supply chains, worker shortages, rising worldwide inflation pressures, and now geopolitical turmoil as Russian troops mass on Ukrainian borders… there scarcely seems a stable island in the storm.

Stock volatility has risen to levels seen at the height of the original pandemic fears in 2020. And at the same time, a sea change is occurring in interest rate policy from the Federal Reserve as it tapers bond purchases – withdrawing liquidity from the system – and prepares to raise rates as the U.S. economy grows and unemployment shrinks. Lions and tigers and bears, oh my!  The urge to react – to “do something” – is hard to avoid. 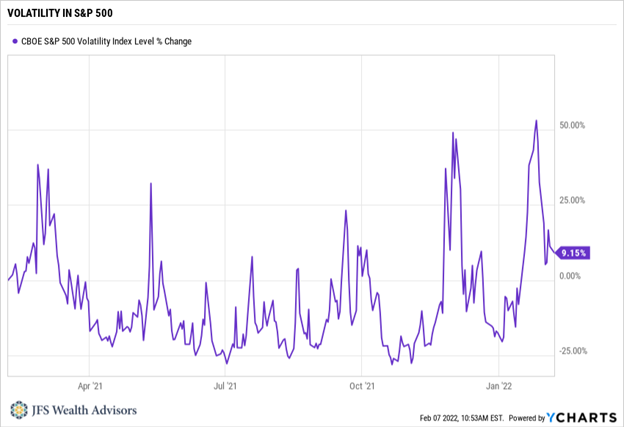 A helpful step in the face of uncertainty may be to ask yourself what you are, an investor or a trader? While both investing and trading are verbs and imply action of some sort, they are vastly different. Investopedia defines investing as “…the act of allocating resources, usually money, with the expectation of generating an income or profit,” and trading as “…implies active participation in the financial markets. Buying and selling securities to earn profits.”

Notice a difference? While both seek to grow a sum of money, how that goal is pursued is not at all the same. Patient “allocating of resources” vs. “buying and selling.”  While trading is not necessarily bad, we at JFS are firm believers that investing – carefully allocating resources synchronized with financial, tax, and estate planning – is a far superior way to grow wealth over time.

Putting the 24/7 barrage of news into perspective is not easy, but the daily headlines are mostly germane to traders, not investors. We have often noted that our human characteristics conspire to work against us in successfully building wealth. A recent Wall Street Journal article by Jason Zweig notes our preoccupation with the change in our wealth rather than focusing on goal-driven targets that will position us for security and success. When we are obsessing over short-term swings, bad and scary potential outcomes naturally take precedence in our thinking. In other words, the downs of markets get our attention far more often and trigger the primitive fight or flight syndrome (SELL!), typically to our detriment.

Mr. Zweig goes further to issue a fascinating challenge: what were you worried about in your portfolio 10 years ago? The 2008 Global Financial Crisis was still fresh, and “low growth” was the new mantra. While real concerns seemed appropriate at the time, over the last 10 years, stocks as measured by the S&P have grown at a sizzling compounded rate of over 15% per year. Giving into fears that seemed oh-so-pressing at that time and running to bonds would have provided a compound return of 2.6% per year. And cash, which is a tempting siren call for stability of principal? The return of Vanguard’s Treasury Money Market was 0.55%. The price of avoiding fear may have dampened worries, but simultaneously assured being unable to participate in such positive stock market growth.

So, holding that in mind, let’s take a quick look at some of today’s factors – both positive and negative – that are at play. 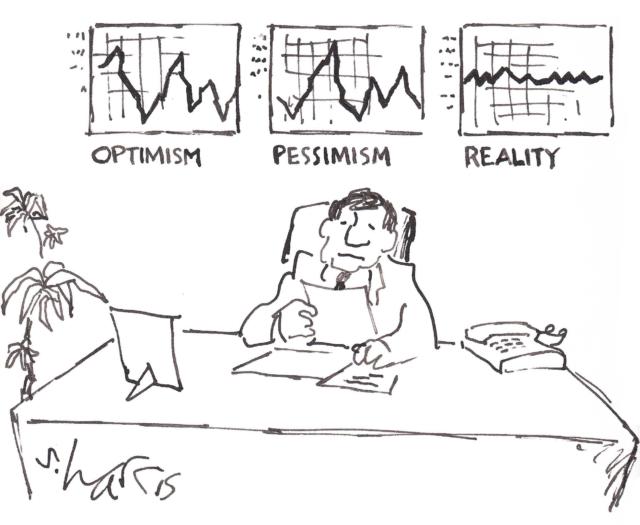 As you can see, the perennial tug of war between optimists and pessimists continues at a furious pace. But this is nothing new. History tells us that when it comes to building wealth, optimism in financial markets is rewarded. While being incautious and chasing risk for the highest possible returns is a recipe for disappointment and broken plans, thoughtful and patient asset allocation driven by planning goals is a recipe for success. Being deterred by the always-present litany of worries at any moment impedes the long-term growth of wealth to meet planning and estate goals.

Please reach out to your advisory team with any questions or concerns. Thank you for your continued confidence.